FREE shipping on ALL US orders!

Llove Is In The Air... Furry Wedding Guests (a.k.a. The Wedding Llamas)

Llove is in the air and we have some adorable wedding guests to introduce to you!

One of the furriest wedding trends that has been popping up lately is hiring llamas or alpacas for your wedding. Read on and try not to drool over these whimsical, magical creatures. 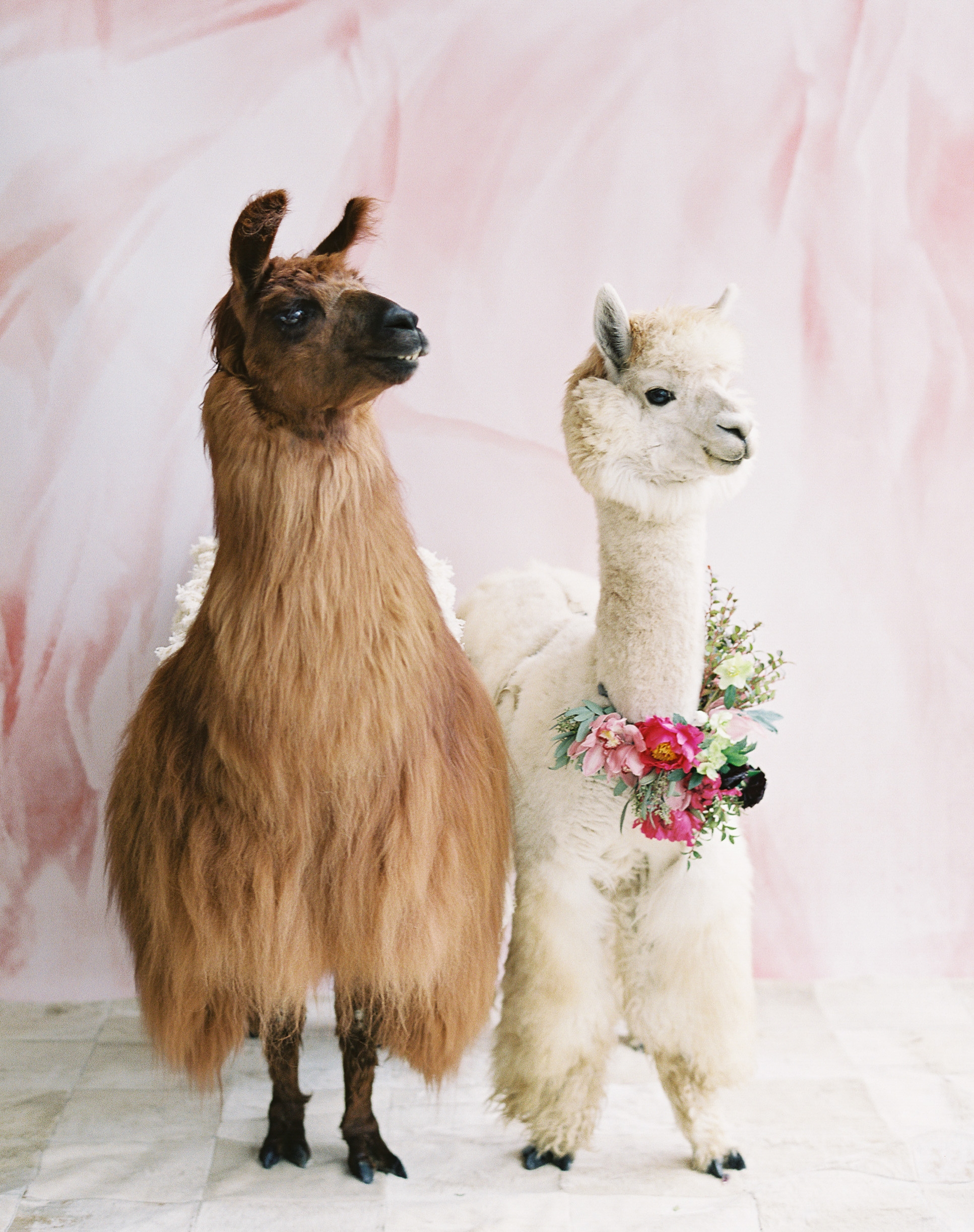 Meet Rojo the llama and Napoleon the alpaca. I connected with Mtn Peaks Therapy Llamas on Instagram, who have been doing this since 2011 and are the originators of the trend. Mother and daughter team Lori + Shannon rent these magical animals for weddings in the Vancouver and Portland areas. When they're not posing for pretty pics, these creatures spend their days as therapy animals for senior communities and rehab facilities. How cool is that?! Image  of Rojo and Napoleon by Sposto Photography 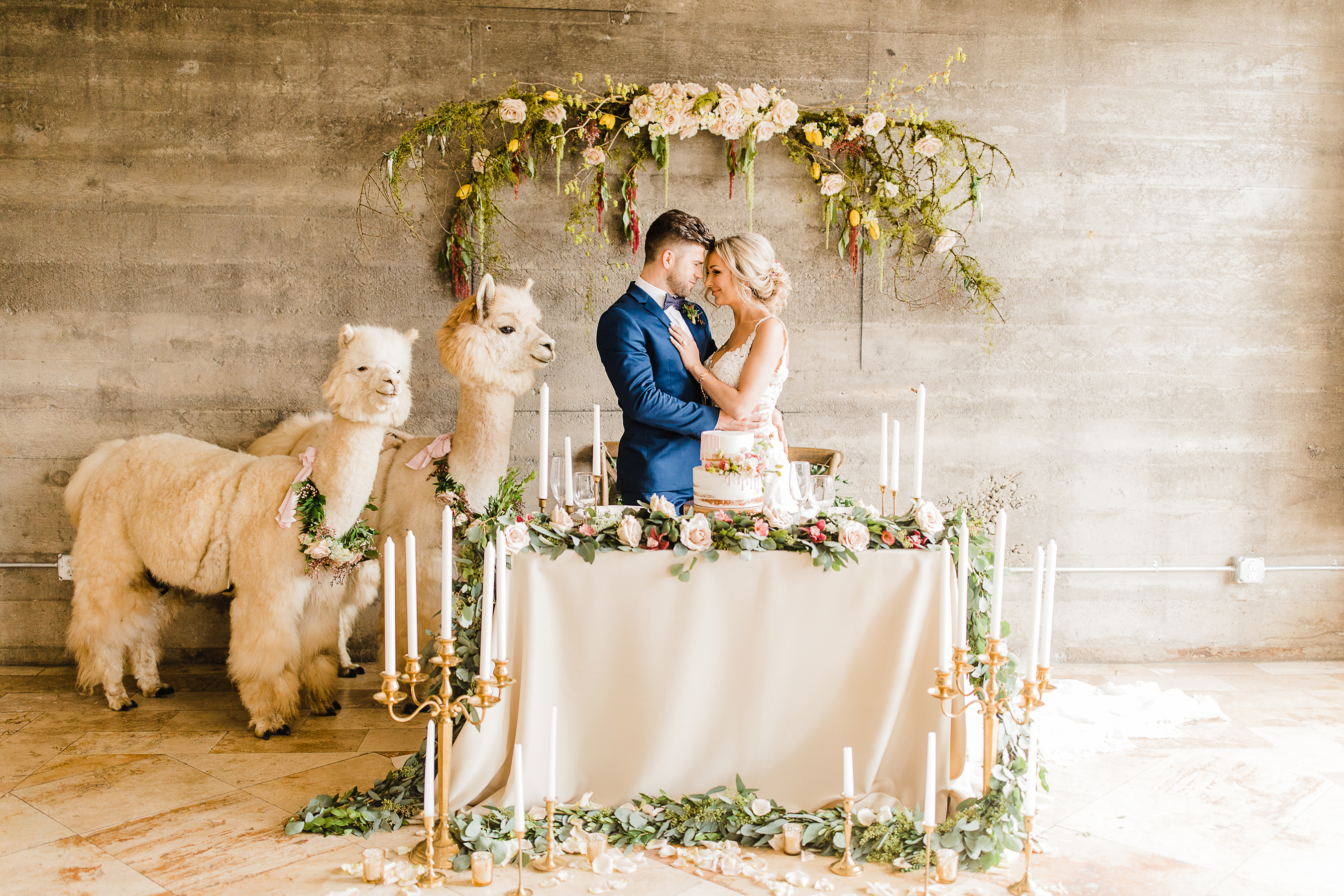 The stunning styled shoot above with two alpacas, bride and groom is courtesy of Viktoriya Bogdanova Photography.

Are there words to describe how beautiful this image is? I think not. Sposto Photography nailed this soft blush pink llama + bride shot and I'm smitten with the results. For the record, and this just cracks me up, Napoleon (the furry one, image to the right) is actually a boy. According to the owners of Mtn Peak Therapy Llamas, their farm only has boys but couples love the bride + groom themed apparel, so Napoleon goes drag every once in a while. 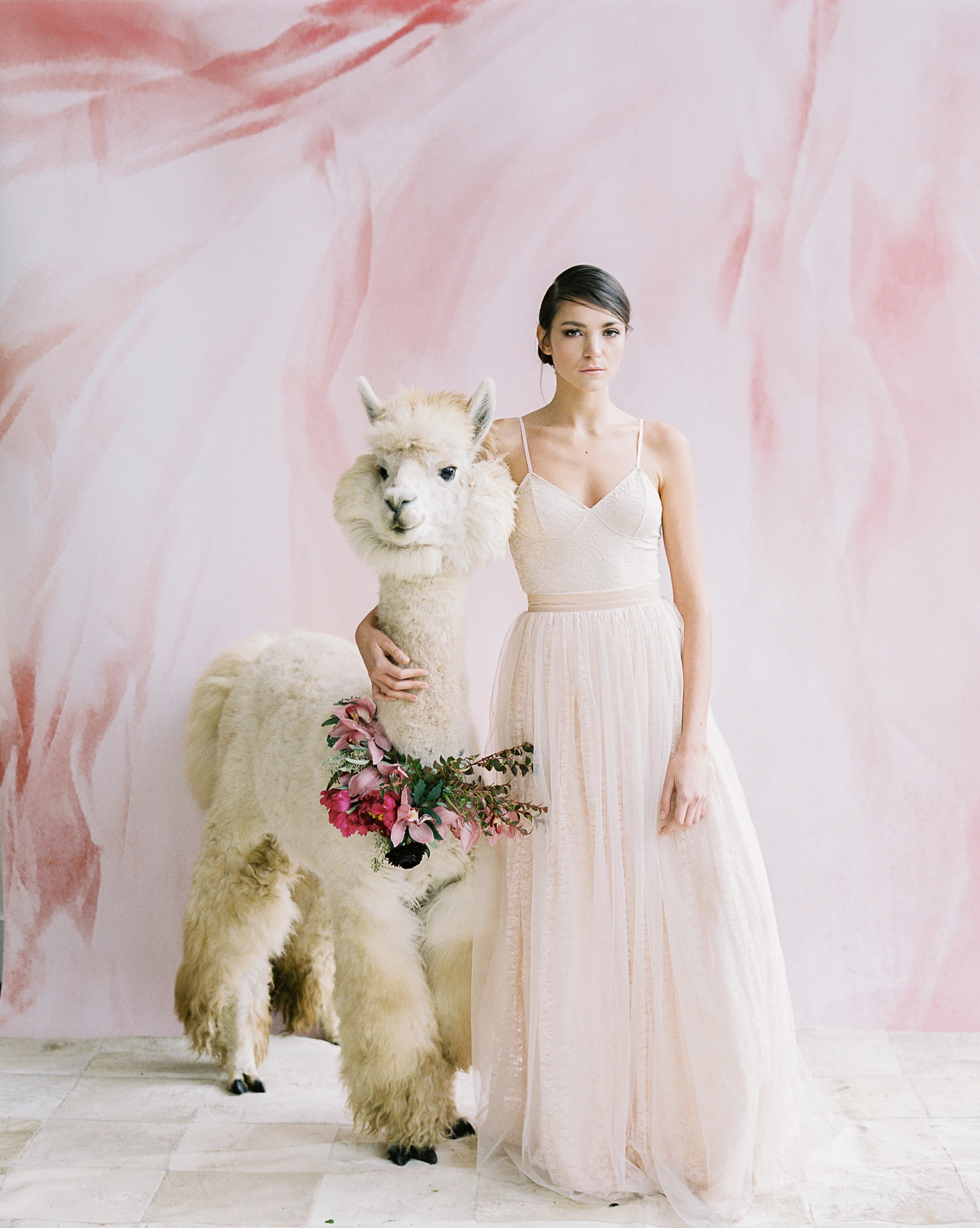 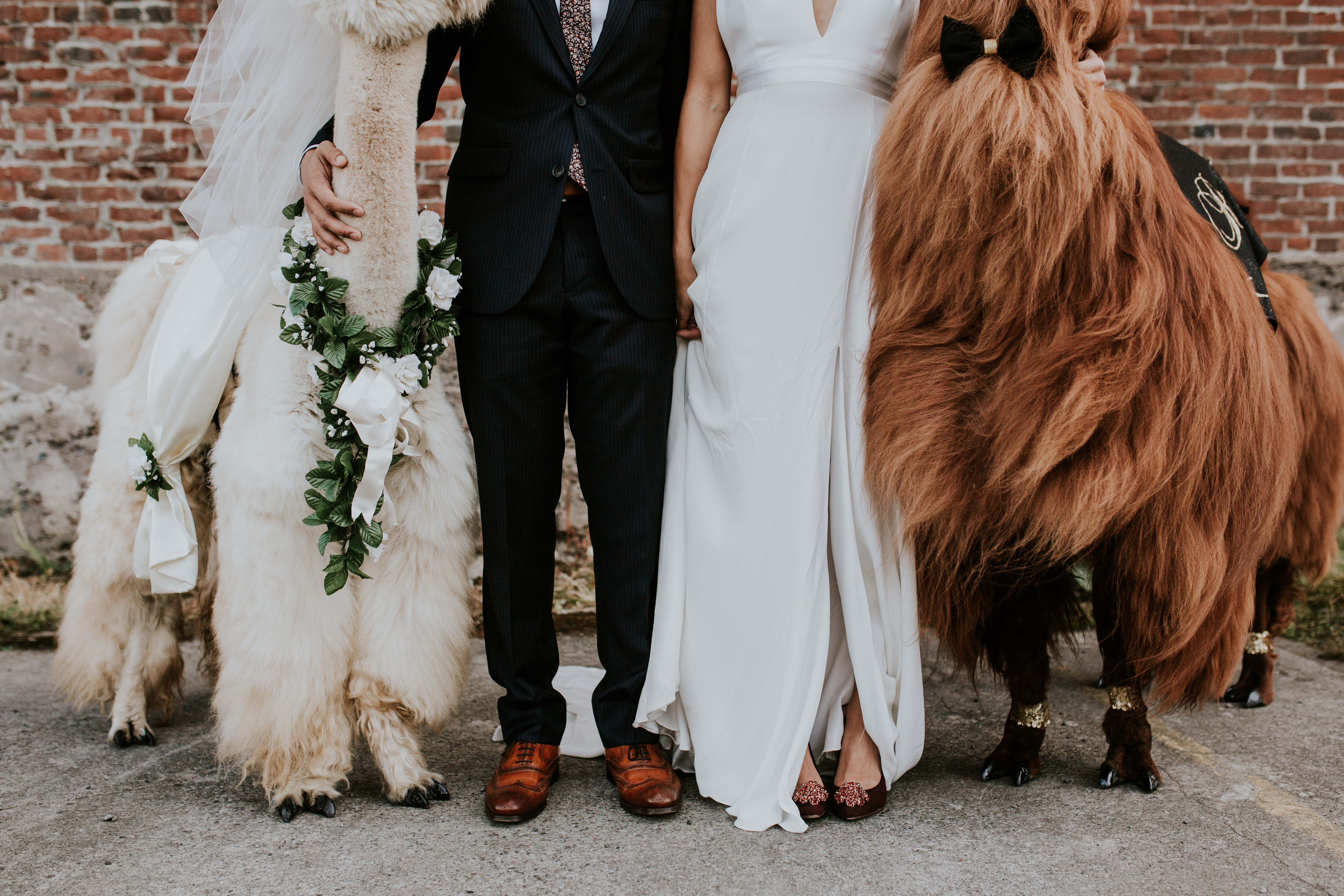 All you need is llove

Mtn Peaks Therapy llamas have been gained huge exposure over the past few years. They've been interviewed for CNN, Huffington Post, The Knot, People, Brides and Country Living. Image courtesy of Marcela Pulido of Portland. 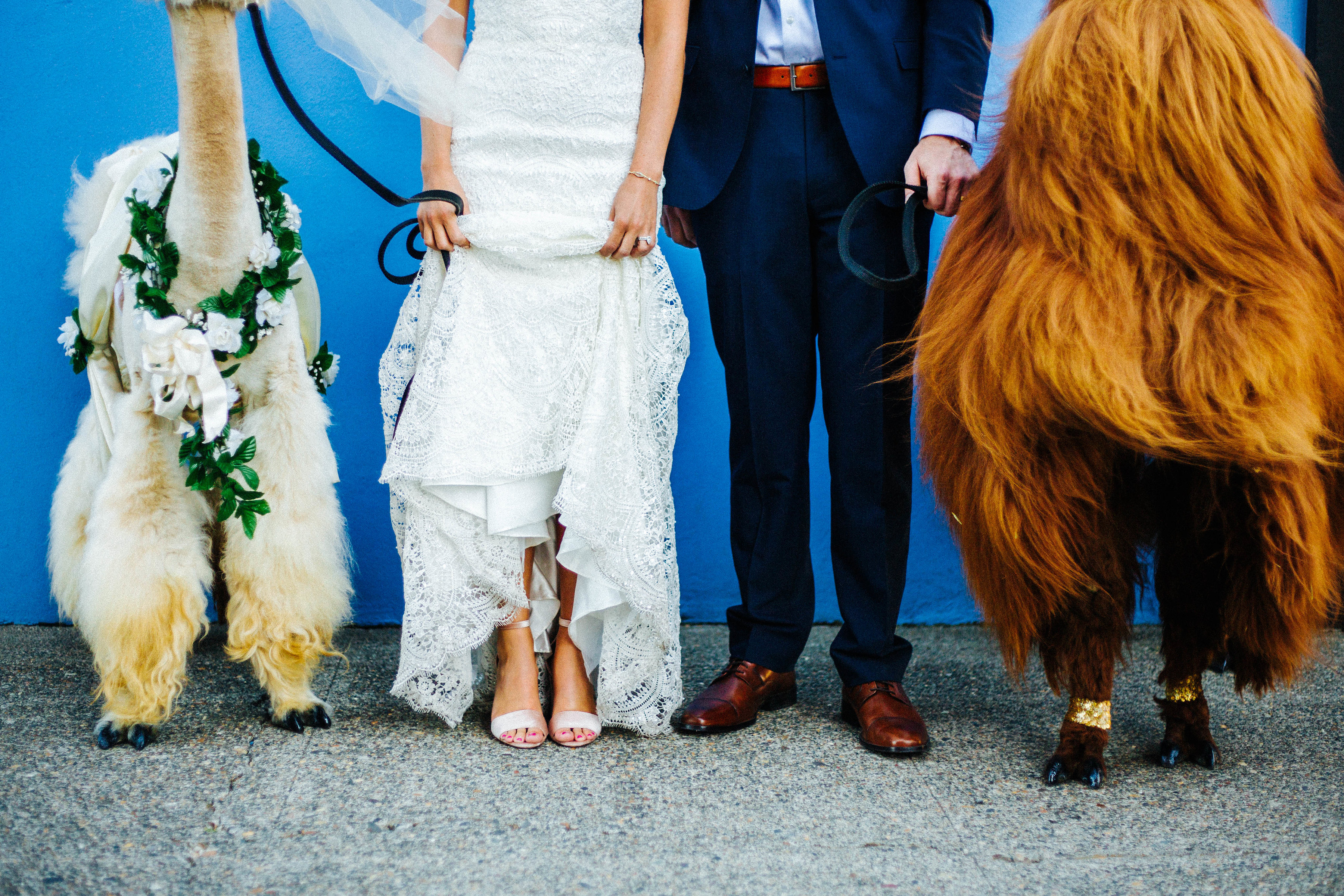 Bride and Groom (human + llama) photo above is courtesy of RPI Imagery. My mind is reeling with all of the creative bride and groom portraits incorporating the llamas.

Above, Sarah Lynn Photography of Portland captures a styled shoot with one of my favorite wedding gowns ever. 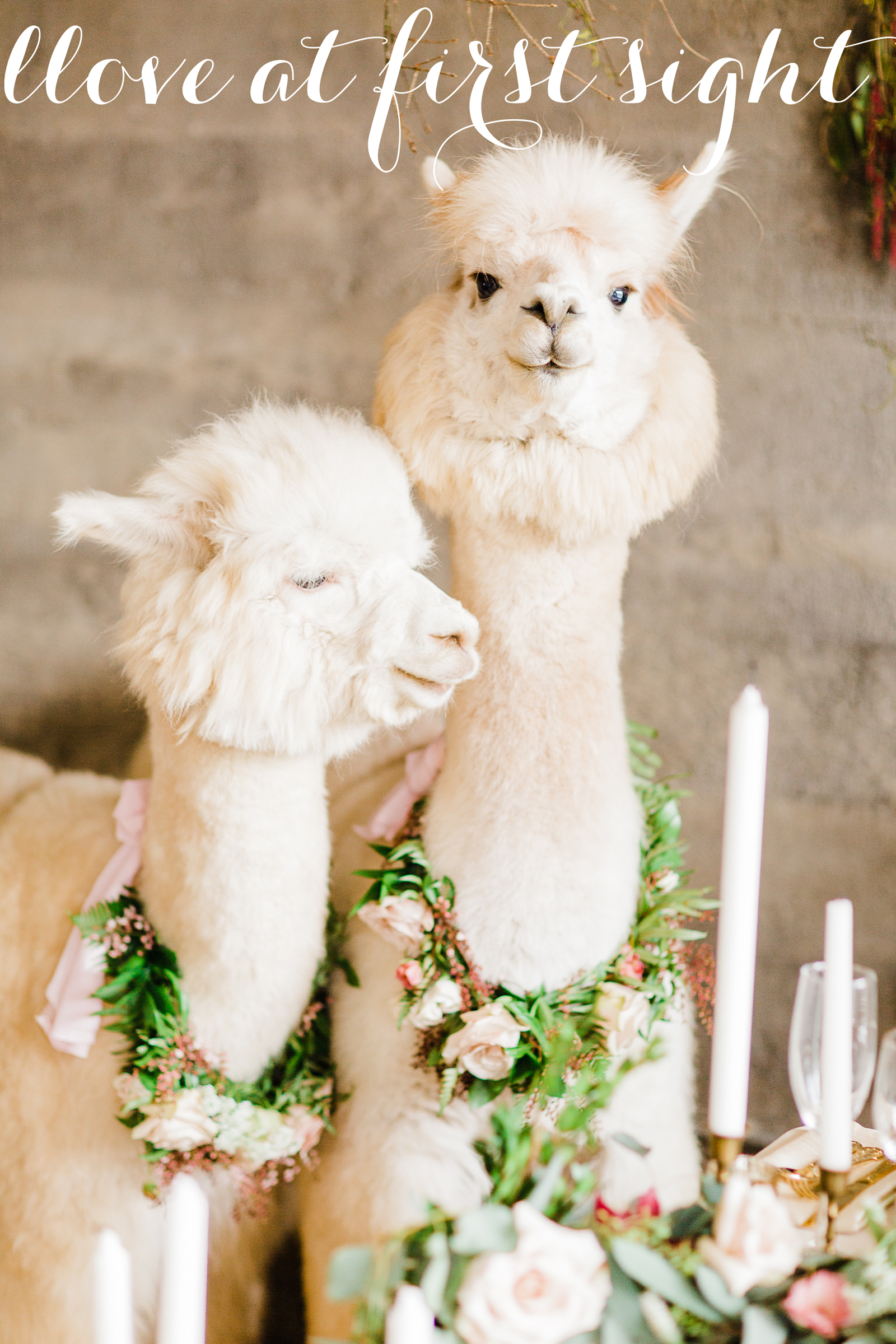 I am totally crushing on the stunning imagery of Viktoriya Bogdanova in her styled shoot above. 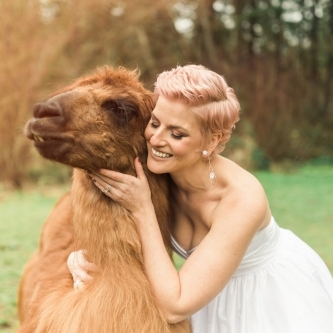 Did you know how to tell the difference between a llama and an alpaca? If you're anything like me, you've been using the two terms interchangeably. Let's stop the madness and set the record straight. Information courtesy of ModernFarmer.com, photo by Irina Negrean.

DISPOSITION: Alpacas can be more skittish than llamas and prefer to hang out in herds, whereas llamas are often used as guard animals and therapy animals.

Credit where credit is due 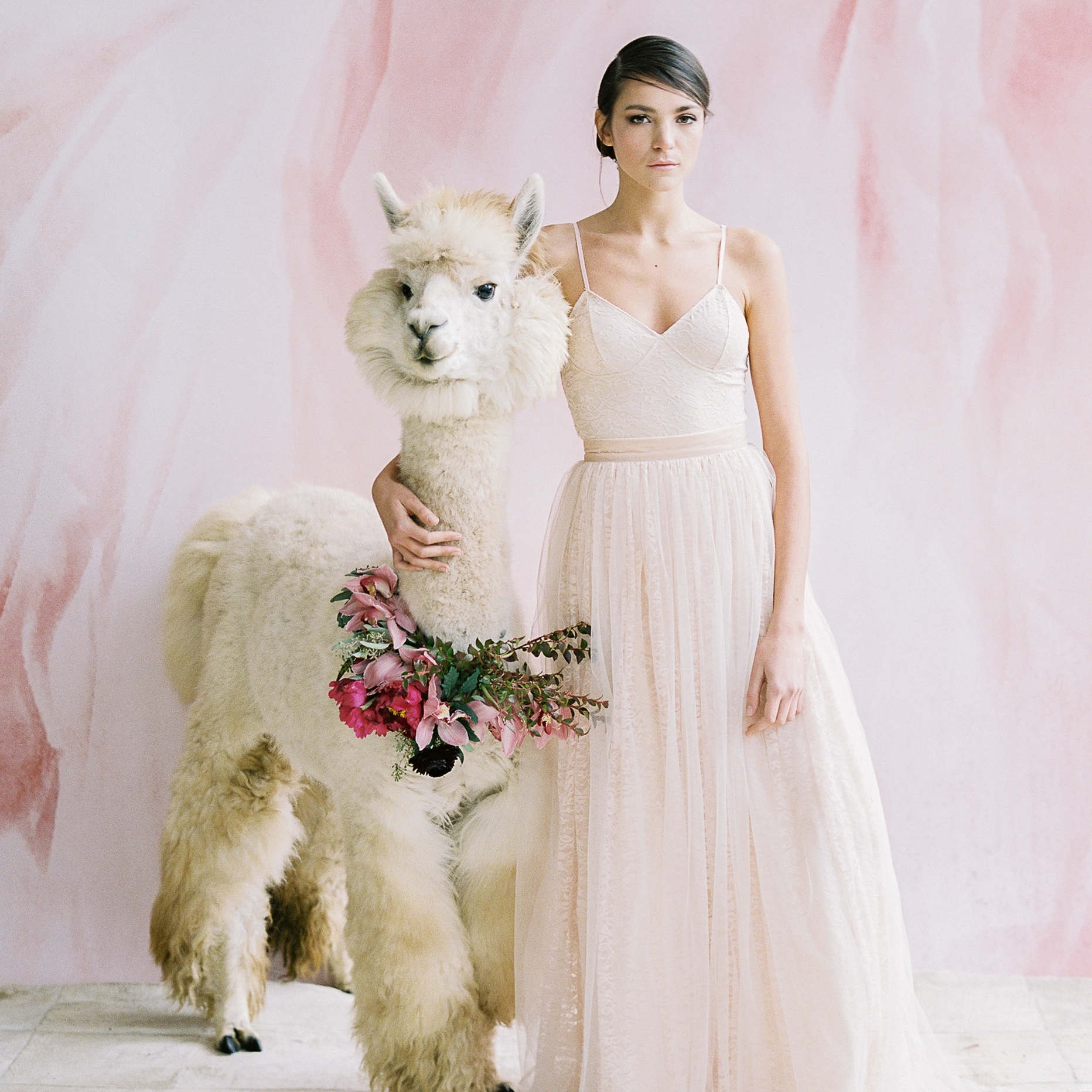 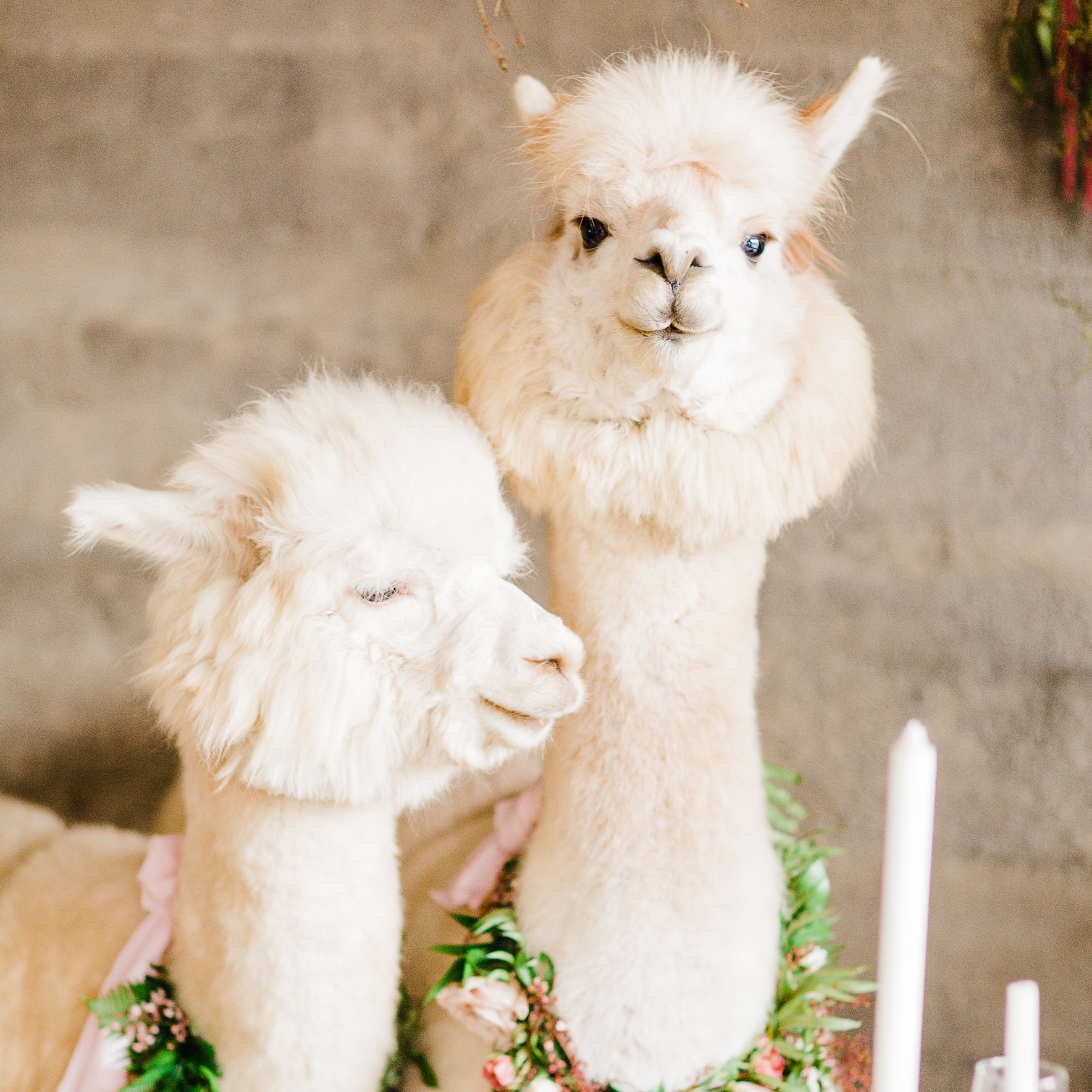 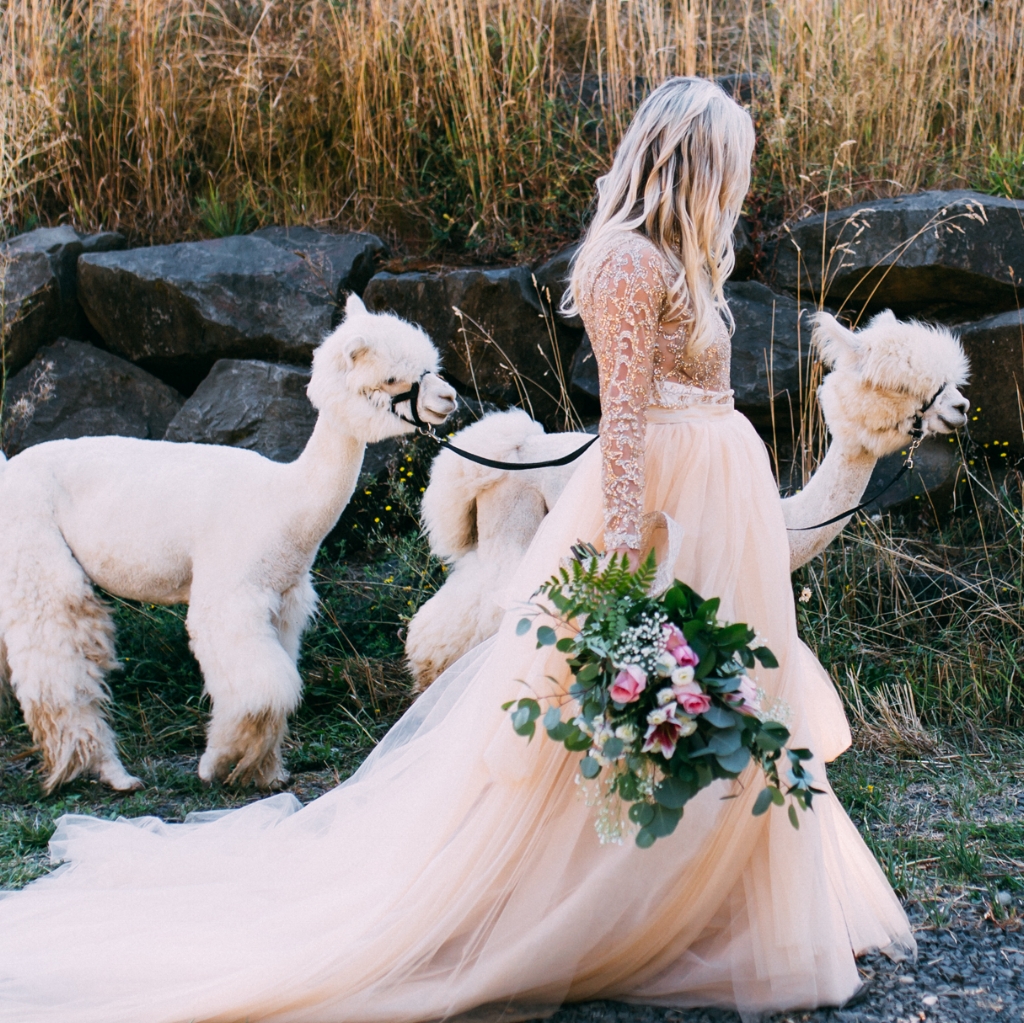 How to Honor a Lost Loved One at Your Wedding

Preparing for one of the most important and wonderful days of your life should be a joyous time. However, it can be difficult to focus on the excitement of those occasions when you are missing someone you love. We share some of our thoughts for how to honor your lost loved at your wedding here. We know that there is a lot of pressure around Valentine's day, which is why we wanted to take it back to the basics with some low cost gift and date ideas. Enjoy your Vday! What a Calendar Can Mean

Calendars can be overlooked, but they hold the details of our lives. We have a tradition in our family of reflecting on the past year, before gifting a new calendar. Check out the details here and feel free to borrow it.